GROW YOUR OWN PLANTS + SAVE MONEY! 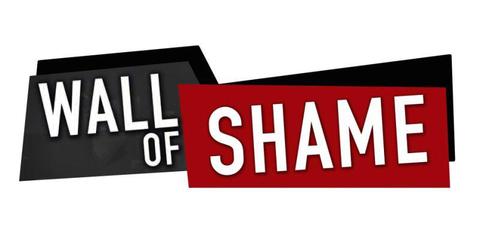 This is a shout out to those complete a**hole customers that straight up caused us problems, posted fake reviews, scammed us out of product and money (credit card fraud), OR they tried blackmailing us into giving them free product.

Depending on what you pulled, you can expect the police and/or your credit card company will also be coming after you for your actions.  We don’t screw around.

You can also be rest assured that your NAME and personal information is also now indexed by Google / Microsoft Bing (and other search engines), and now comes up when someone searches it.  We’ll also be posting this in to our FACEBOOK and INSTAGRAM channels to help your friends, family, future partners, and employers know you are a CON ARTIST.

CONGRATS for making the list and welcome to the wall!

This person went on a man-baby rampage posting fake reviews and misinformation across facebook and reddit all because he has no idea how to grow and would not accept responsibility for his mistakes. (His 8 DIFFERENT photoperiod strains flowered early because he moved them from his indoor tent (to outside) to early in the season – causing them to shock flower due to the drastic light change). We tried to politely explain how this works, but he wouldn’t hear it and went off for days online. If you are going to spend that much time making up reviews and stuff online to try and hurt our business, then we are going to let everyone know that you are nothing but a little man-baby that throws a temper tantrum whenever he doesn’t get his way. If you are considering being affiliated with this guy (or his partner/wife CHOLOE DODD – who also wrote fake reviews and pretended to be a customer backing him) – you might want to think twice. Karma is a bitch…. eh Chris?

This person is a credit card scammer. She received her order, with verified delivery and tracking, yet decided that she would file a chargeback and steal money from us. Even after we politely contacted her, she pretended like it wasn’t her (we verified that it was) and then refused to pay back the money she stole. Eventually she just blocked us and ignored all communications. (Pretty low if you ask us!) So for all future employers, be aware that she is a thief and we would HIGHLY recommend you consider this before employing her. (It also wouldn’t surprise us if she had something to do with her friends murder that was all over the news. But we’re just speculating…)

Amy and her boyfriend decided to try the old “we never received our order” scam. Unfortunately for them, they were to stupid to realize that we shipped it by Xpresspost and that we had proof of delivery by the tracking/signature. Not only that but when we actually CALLED the post office (in the tiny town of Bigger) just to double check. They fully confirmed that AMY herself picked up and signed for the parcel. So this is a warning to all those that SHAUN and AMY are scam artists. Nice try guys!! (We told you – every action has consequences. So welcome to the wall-of-shame!)

This piece of sh*t refused to pay for a $200+ order he received. We demanded payment and could prove delivery, but he refused to pay and then ignored all communications. But in one of the most ridiculous “customer moments” we’ve ever seen, a few days later he tried slinging the seeds on a Facebook group that WE ARE ADMINS FOR?!! (You seriously can’t make this level of stupidity up). So if you cross paths with this idiot, make sure you really consider any kind of business/work/relationship with him. We’re still laughing at this one…